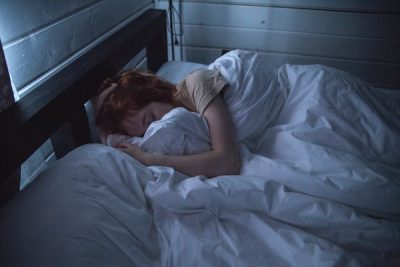 It is one year to the day since social care employers were encouraged to identify back pay for essential overnight support staff.

But 12 months on from government introducing its social care compliance scheme, there is still no official guidance on how sleep in shift work should be remunerated and no government commitment for action on the issue.

VODG has consistently highlighted the threats to the sector through government’s inaction:

Now, in the latest development one council has stepped forward and proposed reducing pay for sleep in work. In the official communication, seen by VODG, the council is proposing a sleep in rate at around £4 per hour once tax and national insurance have been accounted for.

“We know that when one local authority makes changes to its payment practices, others may soon follow. For providers to be put on notice that the salaries of their staff could be reduced, at a time when the sector is still waiting for official guidance cannot be right. We call on government, and the responsible Ministers, to acknowledge the sector’s concerns and urgently deal with the situation. This issue will not go away and is set to intensify if left unaddressed.”

The long-running saga around overnight support includes a court of appeal judgment in July this year. The judgment overturned a previous decision that would have resulted in sleep-in staff being paid minimum wage for shifts, leading to an estimated £400m mistaken back pay bill for employers. Unison has lodged an appeal against the most recent ruling which is creating renewed uncertainty for employers over retrospective and ongoing costs.

Reflecting widespread concerns about the impact of the issue representative organisations recently sent an open letter to ministers about the ongoing threat to essential support for people overnight. The letter warned that commissioners and providers may move in ad hoc ways and threaten the provision of a vital night time services for people who rely on round the clock care. Yet following discussions with officials, including detailed written briefings to support the policy process, the letter remains unacknowledged.

VODG is aware that HMRC is now pursuing discussions with providers about their involvement in the social care compliance scheme (or SCCS). These discussions are happening in the absence of clear government guidance.

“The Autumn Budget missed the opportunity to invest in and shore up the fragile social care sector. Social care providers are struggling to recruit and retain their staff and any decisions that erode workers’ pay is not only unfair to hard working staff, but also potentially dangerous in putting essential overnight services at risk.”