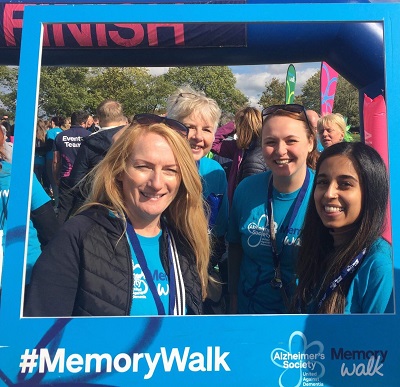 Borough Care staff recently took part in an Alzheimer’s Society Memory Walk, which took place at Heaton Park in Manchester.  The group of twelve, along with one of the team’s dog, walked a total of seven kilometres around the park.  So far, the group has raised over £500 for Alzheimer’s Society. Alzheimer’s Society is a charity for anyone affected by dementia.

Borough Care staff have been participating in the Memory Walk for the past four years.  Kate Oliver, Personal Assistant to the Executive Team at Borough Care, who coordinated the company’s entry, says: “It was a great day, with lots more people taking part in the walk this year.  The weather was also on our side, as unlike last year it stayed dry so there was no need for wellies.”