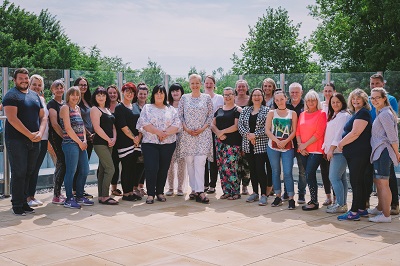 The launch of a new adult care home in Leigh, Wigan is set to create more than 150 jobs in the local area. Exemplar’s Lakeview home will officially open its doors in autumn 2018, with staff due to start work in June.

Due to the breadth and quality of care Exemplar is known for providing, applications have already been flooding in from professionals across the sector, including many nurses from hospitals in Manchester and carers from across Wigan.

From care roles to domestic and catering roles, Lakeview’s manager Jo Roughley has been delighted with the response to the first wave of vacancies, saying: “We’ve been overwhelmed by the positive response to the home’s opening, and by the amount of interest we’ve had in working with us. We’ve filled a number of vacancies already, with applicants revelling in the opportunity to be part of something brand new and to play a role in making it their own. It’s a really exciting time to join and we can’t wait to welcome staff and residents over the next few months.”

Further details on the home and its official opening date are expected over summer but Jo, who has moved from Exemplar’s Kavanagh Place home in Liverpool, explained that they’re encouraging anybody from the local area who’s interested in a role to get in touch soon, ahead of the first residents arriving in July. Jo is also particularly keen to hear from Registered Mental Health and Learning Disability nurses who can help to shape the new service.