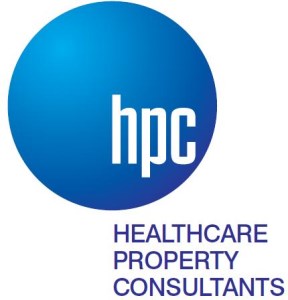 It is possible that the care sector is now so used to seeing negative media coverage that it has collectively become inured to the potentially damaging effects such publicity has on its people and services. That is not to suggest that it is in some way complicit in allowing bad practice to continue, but rather that it is perhaps too willing to allow the bad practice of lazy journalism and negative reporting to continue unchecked. Is it now time to hold those responsible to account and also to consider whether enough is being done to build bridges with the media to ensure as much focus is placed on the positive as the negative? A recent example of apparently runaway denigration has brought the issue into sharp focus.

In April this year, our company Healthcare Property Consultants Ltd (HPC), published a report following detailed research into the pattern of registration of newly registered care homes across England, contrasted with those which had closed. The findings were widely reported across the care media, together with a variety of different editorial views. The manner in which the report was covered in the national media was, however, quite astonishing.

The report took an objective look at the registration of care bed numbers in new facilities on a national and regional basis. By contrasting these results with the number of beds de-registered, HPC identified that in spite of an apparent plethora of new development, there was in reality very little net bed-gain across the country. HPC also reported that the average size of new home opening was 58 beds, whilst the average size of closing homes was 27 beds.  Home closures outnumbered those opening by a ratio of around 2:1. The prevalence of development in more affluent areas was identified, with the comment that operators are seeking out the self-fund market “in order to minimise operational risk resulting from inadequate local authority fee levels.”

So far, so factual, however there were undoubtedly a number of areas which may have prompted interesting debate. For example, it was only in January of this year that David Sparks, Chair of the Local Government Association, told BBC 4’s Today programme that social care funding in England is in a “ridiculous situation” and called for an extra £1.1bn of funding to maintain a “civilised level of care”. The evidence of the HPC report would appear to reflect his concerns, illustrating the lack of new provision in areas which are predominantly local authority funded.

Yet this was not what the national press chose to explore. After a number of emails seeking clarification on various points, Laura Donnelly, Health Editor at The Telegraph, ran the headline “Elderly lost in the crowd at ‘factory style’ care homes”. The online version of the same piece bemoaned that a “Wave of home closures leaves elderly stuck in ‘care warehouses’”.  John Ingram at the Express picked up the baton with some enthusiasm. After unsuccessfully trying to contact  the HPC office on a Sunday afternoon, he printed anyway, leading with the main front page headline “Elderly Dumped in Care Factories” and just in case his point had been missed, ran a sub-heading telling us “Old folk treated like ‘warehouse package’” (Old folk? In 2015?). The general thrust of the articles echoes the tone of the headlines, and they are available to view in full online.

Whatever is going on here, it seems that the journalists involved are only interested in a narrative which lays responsibility for all ills firmly at the door of the care providers. It is worth noting the use of the inverted commas within the headlines. The casual reader might be forgiven for thinking that the phrases ‘factory style’, ‘care warehouses’ and ‘warehouse packages’ were either included in the report or were provided by someone being quoted later in the articles. In fact neither is the case. Laura Donnelly has subsequently told HPC that the provenance of the expression ‘factory style’ originates from US geriatrician Dr Bill Thomas, who was advising Anchor around a policy of developing smaller 7 – 10 bed care homes. The quote dates back to 2011 however, and relates to a policy which has not been wholeheartedly embraced, as Anchor continues to acquire new homes in excess of 60 beds. The other phrases in the headlines would appear to reflect subjective opinions dressed up as something else. It is worth noting that in the case of the Express, the accusatory headline pushed all other news off the front page, in the middle of a General Election campaign!

Professor Martin Green, Chief Executive of representative body Care England, expressed a robust view when he told HPC “The recent articles on care services that we have seen in newspapers such as the Daily Telegraph and the Express are not only hysterical in their tone, but they are not supported by the evidence.” He added that a “noble tradition of investigative reporting” has given way to “opinions based upon nothing but blind prejudice” and questioned the long-term viability of newspapers carrying these “ill-informed” articles.

Mike Padgham, owner of a small care home and Chair of the Independent Care Group, struck a more conciliatory tone, “The media can be a double-edged sword, at once both our tormentor and our ally. Journalists have their job to do, newspapers to sell, broadcasts to promote. Sometimes the message can get twisted along the way and the term ‘factories’ in this instance isn’t helpful at all.”  He added however that “the media is an excellent tool in reaching people and in helping, bit by bit, to get the message across. However, like politicians, we must learn more to exploit the media for the benefit of the industry as much they use us for their own ends.”

What seems most regrettable about these press reports is that they are misrepresentative of what is happening across the majority of the care sector, which has invested a huge amount of time and energy in recent years trying to improve where previous mistakes have been made. It is difficult to understand why new care homes should be dismissed as ‘factories’, when the majority of these provide exceptional standards of accommodation not previously seen. This might include spacious bedrooms with patio doors and en suite wet-rooms, bistros and public areas to encourage families and visitors into the homes, cinema and activity rooms and design technology to meet the needs of dependent residents. There is now some exceptional architecture in the care sector and it would be interesting to know if the journalists whose job it is to report on the sector have ever been in one of these new homes. It would be interesting to know if anyone in the care sector has ever invited them. Care England tell us that they have, via their Care Home Open Day initiative, but that “to date, none of the national media have accepted any of the invitations, nor even bothered to respond.”

Of course building design in itself is no guarantee of good care, but it is certainly a good barometer of ethos and of intent on the part of the operator. Nor is it the case that larger homes are necessarily any better than smaller homes, or indeed vice versa. In a rounded sector offering choice, there should be good quality, smaller, independent homes operating alongside larger facilities. It is simply a matter of fact however, that some of our Victorian and Edwardian buildings can no longer provide a suitable environment for highly dependent residents in a 21st century care sector and it is only logical that newer facilities replace these once their purpose has been served.

The needs of these dependent residents will not be benefitted by this unnecessary vilification on the part of the media. The Telegraph claims to be campaigning for “Justice for the Elderly”, however they will not realise their ambition by lashing out at the very providers with whom they should be engaging to achieve it. Perhaps the care sector also needs to invite the media into some of their new facilities and show them the real strides that are being made.

Mike Padgham remains optimistic, “Drip by drip, we will win the argument that the independent sector do a great job, that we have to retain a full range and choice of care homes and that the number of available beds must keep pace with rising demand.”

“Above all, the sector needs funding parity with NHS care and more investment, so that the country can maintain and grow its care provision and reward those people working in the sector properly by paying them the Living Wage.”

“This is the message that we must spread and if it sometimes gets lost in translation, we nevertheless probably shouldn’t shoot the messenger and never give up the cause. In the end we will succeed”

If the sector is not to shoot the messenger, then it must hope that the messenger will stop shooting back. Perhaps peace talks are long overdue.